Today we go ‘Behind the box’ with Michael Kushner, co-founder and creative director of Stefan’s Head, a new company that sells limited edition t-shirts and apparel exclusively via text message. The digits are 646.759.0904 if you want in with Stefan, the eponymous ‘dealer of things’ who will be your SMS go-to whenever the new threads are up for grabs.

How did it get started?

My co-founder Trey and I have known each other since we were in
kindergarten, and we’ve always wanted to start a company. Trey and I are
both passionate about tech & fashion and we wanted to start an apparel
brand that was different than any other out there today.

Before Stefan’s Head your team originally launched a different company, Goods of Record. At what point did you know it was time to pivot and focus 100% on Stefan’s Head?

We really liked working on Goods Of Record but we found that it’s quite
difficult to keep a brand consistent when you’re working with so many
different makers. We wanted to have our hands in everything from the
packaging to the product itself, and now we get to do all of it.

Who is Stefan and what’s the story behind the name?

Stefan is a real guy we met when we were at a party in LA. He’s pretty
much the coolest person we’ve met, and everything is based off of him.

How are the products designed and how are they made?

I’ve been designing them in-house thus far but we are starting to work
with photographers for the prints. We like photographers who are
polarizing, authentic, raw, and risqué.

What was the motivation behind focusing on limited run fashion products?

No one likes seeing someone else rock a shirt they are wearing. People
want unique and one-of-a-kind. Our model lends itself well to limited
runs, and it forces us to keep the brand fresh.

You use a lot of very provocative imagery to promote the Stefan’s Head brand. How does this kind of art direction help establish your brand identity and draw in potential customers? Did you experiment with other aesthetic concepts before settling on this one?

It’s true. We got really lucky to land a photographer named Blaise
Cepis who did our last photo shoot. We
love his style and it certainly helps us establish a brand identity, and
we wanted to make sure we weren’t like anything else you could get at
Urban Outfitters or Gap. We also think there’s a fine line between
trashy/exploitative and artful/provocative. Hopefully we are on the
latter side. As we move forward we’ll experiment with other
photographers who have different style, but always bold.

So you guys are shipping these products to customers every month and packaging is definitely an important aspect of the Stefan’s Head experience. What was the process and inspiration behind the latest box you guys made?

We want the experience to feel like you’re doing something illegal and
texting with a dealer. We wanted to design the boxes to reflect that.

What lies ahead for Stefan’s Head?

We want Stefan to become the coolest t-shirt dealer in the world and
work with the most talented creatives. Once we have that nailed then we
can move into other types of knits and eventually a whole line. That,
and some more photo shoots with as much provocative imagery as we can
make 😀 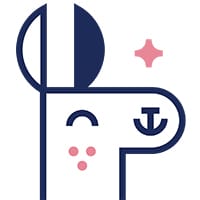 Packlane
Sorry! The Author has not filled his profile.
×

Packlane
Sorry! The Author has not filled his profile.
Latest Posts